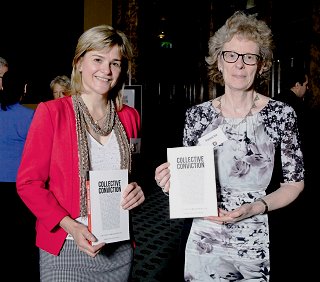 Collective Conviction tells the story of Disaster Action, a small charity founded in 1991 by UK survivors and bereaved people from disasters of the late 1980s, including the Zeebrugge ferry capsize, the King’s Cross underground fire, the Clapham rail crash, the bombing of Pan Am 103 over Lockerbie, the Hillsborough football stadium crush and the Marchioness riverboat sinking. The aims were to create a health and safety culture in which disasters were less likely to occur and to support others affected by similar events.

The founders could not have anticipated the degree to which DA would influence emergency planning and management, the law around corporate responsibility, and the way people are treated after disasters. Over twenty years, as well as its advocacy and advisory role, it has grown to support and represent those in the UK affected by over 28 international disasters, including the shooting down of MH17 over the Ukraine (2014), the Mumbai attacks (2008), the London Bombings (2005), the Asian Tsunami (2004), the Bali bombings (2002) and the September 11 attacks (2001).

The book sets out the collective conviction of DA’s members to achieve accountability and support for people affected by disasters, and interweaves individual stories with chapters highlighting the social context and changing legal and cultural landscape of emergency planning, corporate responsibility and disaster management.

This book is essential reading for those in a wide range of disciplines with an interest in: planning for, responding to, reporting on and dealing with the aftermath of disaster. These include police force contingency planners, health and safety professionals, academics and students, statutory and voluntary organisations, policy makers, journalists, and lawyers. Additionally, the book contains guidance notes for survivors and bereaved on dealing with a disaster, and best practice guidance for responders and the media.

Controversy surrounds many disaster funds, even decades after they were launched. Little guidance is available to those who take on the responsibility of managing and distributing funds in accordance with the wishes of the donors. This report, published by Disaster Action with support from the Department for Culture Media and Sport and the British Red Cross, fills that gap. It is an essential resource for emergency planners, fund trustees, administrators and managers.

The report can be downloaded without charge – see link below.

The Case for Corporate Responsibility: Corporate Violence and the Criminal Justice System

This book was researched and written by David Bergman (founder of the Centre for Corporate Accountability, now closed) on behalf of Disaster Action. The book was the culmination of a decade's work on corporate responsibility. In it, we argued that reform of the law of manslaughter should only be the first step for the Government to take. Although the corporate manslaughter law has since been enacted, the book remains a vital source of background information and research, including case studies of a number of disasters and our view on the role played by systemic, corporate failures in those disasters.

Disaster Action conducted a survey of the annual company reports of the 100 top FTSE companies to see how many referred to health & safety. Forty-seven did, 53 did not. Published in 1997, the resulting report is available from Disaster Action. This report was updated in 1998, and Disaster Action continues to work with companies to ensure they take account of this often neglected aspect of business practice. 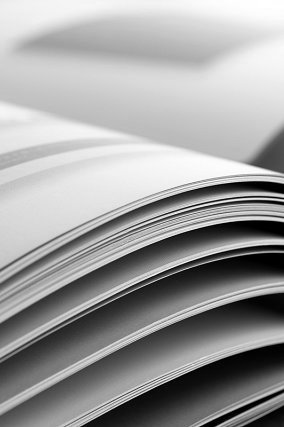